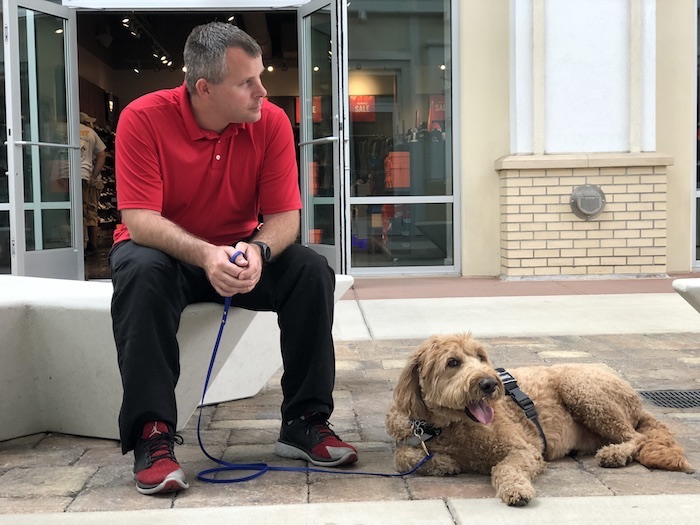 Lewis is a retired United States Air Force Veteran, spending over a decade training and handling military working dogs. Lewis has been surrounded by dogs in some fashion throughout his entire life. He has always seemed to have an innate ability to communicate with dogs, from helping to raise the family pets as a child to deployment missions overseas with the Air Force.

Lewis got his first dog, a pit bull named Thor, when he was 8 years old. By the time he got his second dog, he began taking an interest in training, and started working at local shelters throughout high school to help stray animals find their forever homes. After high school, he enlisted in the Air Force. In 2005, he was selected to become a Military Working Dog handler at Eglin Air Force Base. His first dog, a German Shepherd named Banto, was a narcotics detection dog, and they worked together as a team for two years patrolling the base at Eglin. He then spent a year in South Korea as an explosives detection dog handler. From there he went on to be a Kennel Master in Texas, Iraq, and Tampa. Throughout his career, he worked his way up from handling the dogs to training and certifying other dog teams.

Throughout his time in the military, Lewis has worked closely with a diverse range of leading trainers and behaviorists, attending various training camps and seminars. Towards the end of his career, he met Kim and started learning more about the civilian side of dog training. After studying under her for almost a year, he retired from the Air Force and began training pet dogs with Kim full time. This was the start of TLC Dog Training.